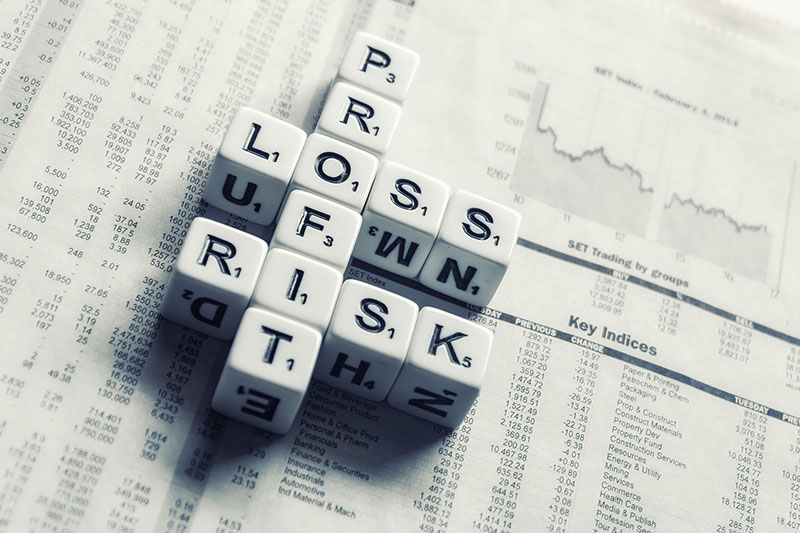 In this blog post, our goal is to uncover the risk management lessons that hedge fund managers and fund administrators can learn from Bill Hwang’s Archegos Capital Management $30 billion loss. Let’s start with how a hedge fund or in Archegos’ case, a “Family Office” could lose $30 billion when they only had $10 billion under in assets under management. Further, while Archegos had only $10 billion in assets, they had near $50 billion in stock exposure – nearly five times the total amount of their assets and lost the $30 billion on essentially eight stocks.

While most of the general public can’t get their arms around how a fund manager can generate so much leverage in the first place and on so few stocks in the second. Even industry veterans were astonished not only by the catastrophic risk management techniques of Bill Hwang, but also how financial institutions like Among the banks that extended Hwang lines of credit were Japan’s Nomura, Switzerland’s Credit Suisse, and Wall Street’s Goldman Sachs and Morgan Stanley could take on so much risk by lending Hwang and Archegos the funds to purchase the equities.

First, it is important to know that Hwang did not buy stocks directly – he bought complex “derivative” instruments or swaps from banks called contracts-for-difference or CFDs. CFDs allow traders to place a directional bet on the price of a security without actually buying or selling the underlying instrument. If the price went up, the seller pays the buyer the difference, and vice versa. Equity swaps or in this case total return swaps are an extremely small part of the OTC derivatives market in which interest rate and currency swaps are the major parts.

What happened in the case of Hwang, and essentially Normura and Credit Suisse, is that when the value of the pledged shares fell in the following equities Viacom – 53%, Discovery – 46%, RLX Technology – 46%, GSX Tech – 63%, Baidu – 21%, Tencent – 33%, Farfetch – 20%, and VIPs – 35%, the broker requested additional shares from the Hwange and Archegos as collateral. When Archegos failed to invest, the prime brokers dumped the shares that Archegos had pledged.

In a Two-Week Period, Several of Hwang’s Holdings Dropped Significantly

The $20 billion fire sale of equities that the prime brokers like Credit Suisse was so damaging that the Swiss financial institution said it could suffer significant losses in the first quarter due to Archegos Capital Management’s default on margin requirements. The margin call defaults are estimated to have cost the banks around $6 billion in total; however, most of the losses were absorbed by Nomura and Credit Suisse as Goldman, Morgan Stanley, and Deutsche Bank sold their stock prior to the dramatic price drop in the equities.

Early investigations by CNBC and other financial media suggest that Credit Suisse and Nomura were lending at ratios of between 8:1 and 20:1 in the stocks that Archegos held! I don’t use a lot of exclamation points but in this case, one was desperately needed to draw attention to the lending ratios. In the next section, we’ll look at what those ratios mean in terms of exacerbating the volatility of a stock better define a total return swap. Incidentally, lending ratios for our purposes in this article simply mean lending on margin or allowing clients like Hwang to borrow against shares he owns on margin.

What is an Equity Swap, Total Return Swap, or CFD?

The reason Bill Hwang used total return swaps is specifically to take on more risk and earn higher returns with a smaller amount of principle. Essentially, a total return swap allowed Hwang the total return to gain exposure and benefit from stock without actually owning it. Swaps are popular with hedge funds because they provide the benefit of a large exposure to an asset with a minimal principle or cash outlay. The two parties involved in a total return swap are known as the total return payer and the total return receiver. A contract for difference or CFD is a type of equity swap and leverage can be enormous; trading is opaque and does not involve an exchange, but simply takes place between the trader and the broker or a market maker or between parties. In the US, CFDs are illegal for retail traders, but not for hedge funds.

In the last section, we suggested that Credit Suisse and Nomura were lending at ratios of between 8:1 and 20:1 to Archegos in as many as eight of the stocks that the fund held. Now that we know what CFD’s and equity swaps are let’s dig into how so much money could be lost with so little cash from Archegos.

We know that Archegos lost approximately $35 billion on that fateful Friday and the majority of the losses came from its Viacom and Discovery investments. Both stocks dropped 27% that day putting the stocks roughly 50% from their high. If we do a little simple math and assume for illustration purposes only that Archegos had $1 billion in cash in the two stocks and had levered its position up to perhaps 10:1 with CFD’s their losses in those stocks alone would have amounted to 270% or 2.7 billion.

Hwang’s bets went against him fairly quickly culminating again with the $20 billion block sales from its brokers on Friday. First, shares of a Chinese e-cigarette company, RLX technology tumbled after Chinese regulators presented new laws regulating the industry. Then, shares of GSX Techedu — a Chinese ed-tech company started falling. Then a few days later, Viacom sold new shares in the hope of raising money to finance its streaming business. And while this might seem like a positive development, a new sale offering always comes at the expense of old shareholders. Thus, the stock plummeted along with Discovery all but driving Archegos out of business.

What is the Difference Between a “Family Office” and a Hedge Fund?

The most significant question news organizations struggled with immediately after the block trades hit the exchanges and Nomura and Credit Suisse commented on their losses was “how was this fund allowed to take so much risk?” Even hedge funds would be under more scrutiny from the SEC or other regulators to manage risk more effectively.

A family office is a privately held company that handles investment management and wealth management for a family, generally, one with over $100 million in investable assets, with the objective to grow and transfer wealth across generations. Under the Dodd–Frank Wall Street Reform and Consumer Protection Act of 2010, an organized effort was undertaken by single-family offices (SFOs) nationwide led by the Private Investor Coalition that successfully convinced Congress to exempt SFOs from having to meet certain criteria from the definition of investment adviser under the Investment Advisers Act of 1940.

Thus, essentially, a “Family Office” was a Dodd-Frank “carve out” after a special rule was put in place that allowed funds like Hwang’s to go unregulated. Since 2010 when stock prices of technology companies started soaring family offices have grown and now manage $6 Trillion.

Here are the basic rules a Family Office typically follow:

However, the SEC does require all investors with more than $100 million in assets under management to publicly announce their equity holdings 45 days after the end of a quarter. Unfortunately, the 13F filings can be misleading because investors are not required to reveal their derivative holdings, or even to tell the public or organizations the stocks they are borrowing to sell short.

Basically, the family office structure and CFD’s allowed Hwang and Archegos to fly under the radar screen of regulation and organizations in which they invested. He converted Tiger Asia into a single-family office, Archegos, in 2013 to manage his personal wealth. According to CNBC Hwang grew the family office from $200 million to $10 billion in just 8 short years.

We have now written about the GameStop Short Squeeze, GameStop’s impact on risk, and now one of the most colorful lessons of poor risk management, hubris, and perhaps a fund manager who was flying blind concerning potential losses and subsequent margin calls.

The damage to the prime brokers has been as follows:

Our team at Ryan Eyes has seen this before but we certainly don’t want to see it again. Risk is not easy to manage particularly when equities have gone up in a straight line with only two significant drawdowns in the past 20 years. That said, hedge funds rarely use indexes as their primary investments; they tend to leverage higher beta investments which have seen tremendous volatility, especially over the past two years.

We specifically built Ryan Eyes software to provide investment and operations visibility, including risk management tools to allow fund managers to assess risk and assess potential losses in real-time including:

SEC Scrutiny of Hedge Funds will Increase Under Biden Administration