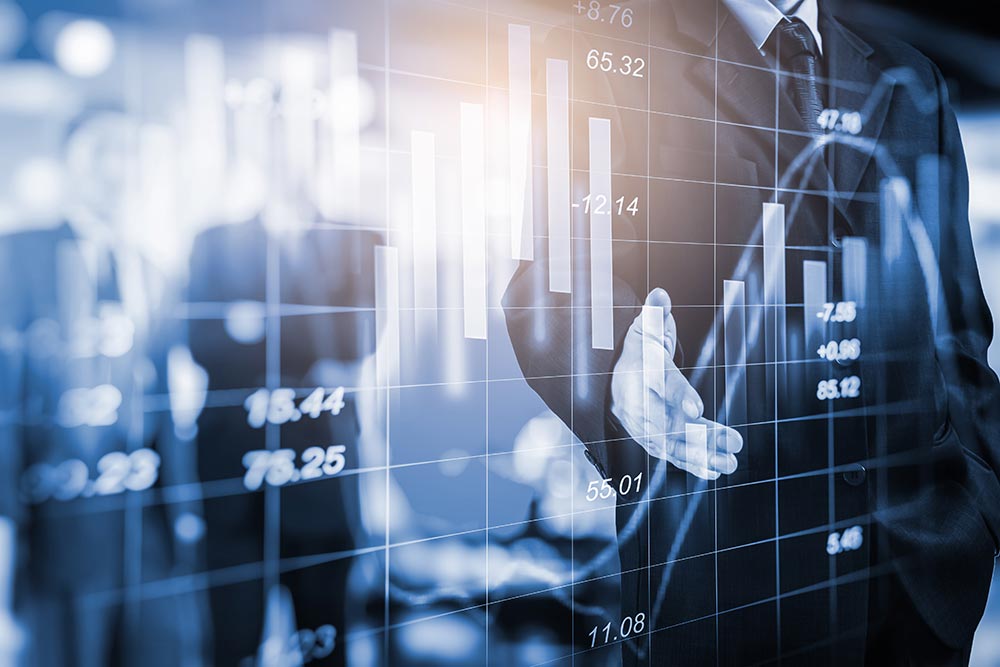 Last month, Infinity Q was forced to liquidate its mutual fund, the Infinity Q Diversified Alpha Fund, after the SEC told Infinity Q it had learned that James Velissaris, the firm’s founder and CIO, “had been adjusting certain parameters within the third-party model that affected the valuation of the swaps,” in a February notice to the firm. The Diversified Alpha fund’s investments included exposure to difficult-to-price, illiquid investments including swaps, variance swaps (which we will discuss in just a bit), and other options.

However, the Infinity Q Diversified Alpha Fund disclosed in filings with the SEC the valuations of investments – in at least three instances were either incorrect or inconsistent with market conditions in the opinion of traders and academics interviewed in articles by the Wall Street Journal and Reuters. One valuation was mathematically impossible, said a former Morgan Stanley managing director who reviewed the disclosures.

In one instance, the disclosures show, Infinity entered two nearly identical swap contracts referencing the same index over the same time period yet recognized a gain on one that was more than 3 times as large as the other—an outcome that analysts said would have been impossible and defied any pricing logic.

What are Swaps and Variance Swaps?

Swaps are bilateral contracts, brokered by banks, that traders use to bet on asset prices, interest rates, or other financial trends. Further, Swaps are over-the-counter (OTC) contracts primarily between businesses or financial institutions that are typically customized to the needs of both parties to hedge other positions or simply manage risk.

Similar to a plain swap, one of the two parties involved in a variance swap will pay an amount based upon the actual variance of price changes of the underlying asset. The other party will pay a fixed amount, called the strike, specified at the start of the contract.

The strike is typically set at the onset to make the net present value (NPV) of the payoff zero. A variance swap is an over-the-counter instrument that allows investors to trade future realized (or historical) volatility against current implied volatility. In plain terms, Infinity was betting the volatility of equity or index would see a reduction in volatility, however, their bet was placed prior to the pandemic when the volatility of almost all assets exploded higher.

Buyers and sellers of volatility swaps should know that any significant jumps in the price of the underlying asset can skew the variance and produce unexpected results. Much like we described in our blog posts on the Archegos disaster and the GameStop short squeeze Infinity Q used significant leverage which worked against them when their bet turned sour.

The Fundamentals of Pricing Swaps and What Went Wrong at Infinity Q?

To understand the beginning of the end for Infinity Q let us take a look at a swap that Infinity Q sold tied to the MSCI World Index, according to its disclosures in February 2020. Infinity sold swaps as a way of betting that volatility in the MSCI would decline.

Traders and analysts evaluated the size of the position—which stood to gain about $600,000 for a small drop in volatility—and what’s known as the strike, or the level of volatility the bet is tied to. In this case, that number was 17.3%, Infinity’s disclosures show. On Feb. 29, 2020, Infinity’s filing showed a gain on the position of $5.6 million.

But given the stated terms, the most Infinity could expect to make on the trade would be $5.2 million, according to Peter Carr, a former Morgan Stanley managing director and chair of the Finance and Risk Engineering Department at the New York University Tandon School of Engineering. That would be the gain if volatility fell to zero – and as we all know, volatility has never and likely will never fall to zero.

Infinity’s filing showed a gain on a variance swap on market index volatility of $5.6 million, however, the most the company could make on the trade was $5.2 million – an obvious red flag.

“There is no justification for that gain,” said Mr. Carr, who has helped write formulas to value variance swaps and followed them for more than two decades. He reviewed the position and said the gain was mathematically impossible.

As we suggested in the introduction, Infinity Q disclosed that they held two nearly identical swaps tied to the Russell 2000 index. As the buyer, Infinity Q was betting that volatility in the Russell index would exceed 22.4% in one case and 22.8% in another, over the identical term of 12 months.

The swap that had the lower hurdle of 22.4% was somewhat more aggressive, putting about $250,000 at risk for a small change in volatility, compared with roughly $150,000 at risk for the swap with the higher hurdle. Infinity’s gains would rise exponentially once the target price was hit and exceeded.

However, despite the trades being similar, the gains the fund booked on the first trade were more than three times as large as on the second, a divergence that academics said was too large to be accounted for by position size or other stated variables. One showed a roughly $13 million gain and the other a $4.1 million gain.

“Both of those gains can’t be right,” said Mr. Carr. He said at least one of the inputs used was wrong—Infinity should have used the same input for expected volatility in the Russell for both swaps. That means the valuation on at least one of the swaps was incorrect, he said.

Mr. Hecker said, “both of the examples that were provided to us involve clerical errors that have been previously identified, remedied, and reported.”

The standard pricing tool in the industry is Bloomberg’s interactive pricing tool. It is designed to be used interactively by users to make reasonable estimates of asset valuations; however the tool can certainly be manipulated by using the wrong data, i.e. garbage in, garbage out. Valuation of a swap contract is a process of determining a fair value of a swap, in other words, the present value of its expected cash flows.

The firm said in an update to investors that the plunging value of its holdings stemmed primarily from over-the-counter trades—including variance swaps and other swaps and options trades—that it had with a range of banks. Complex positions like swaps made up almost a fifth of the firm’s value in February, before it started liquidating, the firm said.

Meanwhile, the unwinding of the mutual fund Infinity Q Diversified Alpha Fund (IQDAX.O) has so far shown cash of around $1.25 billion as of March 25, nearly $500 million less than on Feb. 18, according to a regulatory filing. That makes it one of the largest valuation cases in the SEC’s history.

On Feb. 22, the SEC said it approved the firm’s request to stop redemptions from the $1.7 billion mutual fund because the company was unable to calculate net asset value because it couldn’t accurately value the swaps in the fund, according to a temporary order filing. The SEC also required the company to submit a liquidation plan.

In a March 26 statement, Infinity Q said the mutual fund was completely liquidated on March 19, and assets totaling $1.2 billion in cash and cash equivalents were transferred to the fund’s custodian.

The total AUM of the fund as of March 31 was down $478 million from Feb. 18, the last day the firm calculated the NAV, the firm’s statement said. Incredibly, the firm’s total assets as of Jan. 31 were about $3 billion.

As you may have surmised, pricing and valuation issues for complex hedge funds are not as simple as taking the ending price from a market provider and then using that to value a position. RyanEyes recommends that you:

Leveraging RyanEyes software can implement all of the recommendations above including;

Infinity Q returned 38.80% since its inception in 2014, (5.3% annually), yet the factor exposures contributed very little to the total return as you can see from the chart below. The chart is cited from an excellent article titled “Infinity Q: Too Much Alpha” by MPI Research suggests that “the fact that the fund used many non-linear return factors, including options and swaps among others, certainly contributed to some of the unexplained returns. Even with these non-linear factors, the selection, or unexplained returns, comprised 36.63% (5% annually) of the fund’s total return, almost all of the fund’s returns.”

Several organizations that have conducted post-mortem investigations of the Infinity Q demise have uncovered a variety of red flags that should have alerted investors and the SEC to question its reported returns.

It used to be noted that insider trading was a compliance mistake that could “kill” a firm. Let it be noted now that “process” mistakes, even innocent valuation mistakes, can now “kill” a firm.

Procedures and workflow are critical to the survival of your firm.

SEC Scrutiny of Hedge Funds will Increase Under Biden Administration