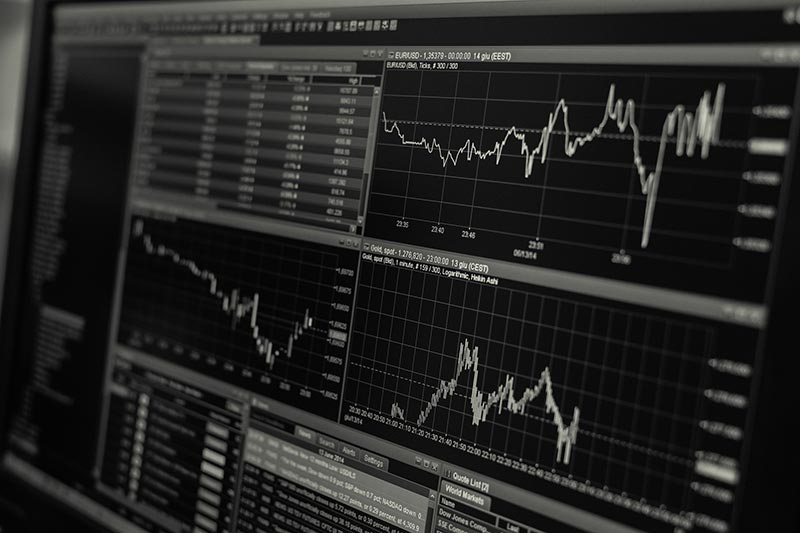 The term “Alpha” is gaining use across the finance and investing communities, however many are not sure exactly what it means or how to calculate it. Alpha has been a term frequently used within the hedge fund and alternative asset management industries for years. We ever hear the term consistently on CNBC, Bloomberg TV, Reddit, and across the mainstream media, often with little explanation other than “Alpha is good.”

As a note, Jensen’s alpha uses a formula that looks almost identical to the standard Alpha, but it has one fundamental difference. Instead of comparing your returns to some market index, it determines how they size up against a theoretical expected return.

Where do the theoretical values in Jensen’s alpha formula come from? Most financiers derive them using an ideal market model, such as the capital asset pricing model, or CAPM. Such models help elucidate the ties between expected asset returns and systematic risks, or the market risks intrinsic to an entire sector.

The Relationship Between Alpha and Modern Portfolio Theory

Let’s take a quick step back; in this blog post not only wanted to explain the definition of Alpha, but also what finance folks mean when they use the term. Most importantly, we’ll discuss how to measure it and how Alpha benefits investors. Before we dig further into the concept of Alpha, let’s touch on the basics of the Modern Portfolio Theory. Modern Portfolio Theory was developed in the 1950s and it emphasized diversification into various non-correlated assets in order to maximize portfolio expected return for a given amount of portfolio risk. Modern Portfolio Theory instructs investors as to how to find the best possible diversification strategy in order to achieve a greater expected return with the lowest possible risk to generate that return.

What is Modern Portfolio Theory and the Efficient Frontier?

Using Modern Portfolio Theory, an investor will be able to find a combination of investments that has the best possible expected level of return for the most appropriate level of risk. This has also become known as the efficient frontier or again, finding the most “efficient” level of expected return for the lowest possible risk.

Let’s make sure we’re clear on this point one last time – Alpha is used to measure performance on a risk-adjusted basis. As an investor, we want to know if we are being compensated for the risk taken in our investment, and Alpha helps assess whether or not an investment is viable. We won’t confuse the conversation any further than to simply present Jensen’s Alpha calculation that we added to the blog post above. The critical product of the calculation that investors need to focus on is the numerical value of Alpha itself.

Hedge Fund and active portfolio managers seek to generate Alpha in diversified portfolios, with diversification intended to eliminate unsystematic risk or risk that is associated with a single industry or equity. Because Alpha represents the performance of a portfolio relative to a benchmark, it has become known as the value that a manager adds to or subtracts from a fund’s return. To reiterate, Alpha is the return on an investment that is not a result of the movement in the overall market or benchmark. Thus, an Alpha of zero would again indicate that the portfolio or fund is tracking perfectly with the benchmark index and that the manager has not added or lost any additional value compared to the broad market or benchmark.

Within Modern Portfolio Theory, there are five specific risk ratios that investors can use to determine the risk-reward profile of an investment: alpha, beta, standard deviation, R-squared, and Sharpe ratio.

To wrap this section up, Alpha indicates how an investment has performed after accounting for the risk involved. The following are true:

In addition, here are 3 Key Points to remember about the significance of Alpha:

We don’t like to do commercials in our blog posts and at the risk of sounding a bit self-serving, yes, Ryan Eyes software generates a variety of risk calculations that will allow Hedge Fund managers to easily calculate Alpha.

Let’s start with a risk calculation that our clients use consistently to understand the potential loss their portfolio could experience at any single point in time. Value at Risk (VaR) is a measure of the risk of loss for investments. VaR estimates how much a set of investments might lose, with a given probability, given normal market conditions, in a set time period such as a day, week, or month. VaR is typically used by funds in the financial industry to gauge the number of assets needed to cover possible losses.

For example, if a portfolio of stocks has a one-day 5% VaR of $1 million, that means that there is a 0.05 probability that the portfolio will fall in value by more than $1 million over a one-day period.

To Learn More About How to Calculate Alpha and Manage Risk in Your Hedge Fund or Private Equity Operation – Contact Us, We Are Happy to Help – 1 (347) 759 0105.