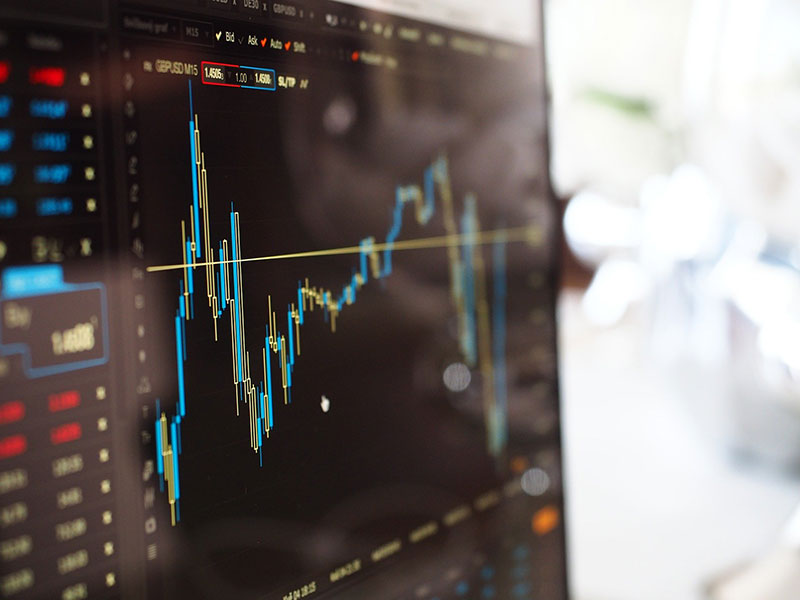 The folks here at Ryan Eyes serve the finance industry and in particular private equity and hedge funds. As most of you know GameStop and several other heavily shorted stocks identified and bought by investors have had a major impact on hedge funds. In this blog post, we want to explore the story and perhaps give some insight into tools and strategies that may provide transparency into situations like the GameStock short squeeze in the future.

The Story of GameStop, Reddit, and Shorting a Stock

Last week, a short squeeze of the stock of the video game retailer GameStop and other securities like AMC Theaters, Koss, and several others took place, causing significant financial consequences for hedge funds that were short the stocks. The “short squeeze” caused the retailer’s stock price to rise to over $500 per share, almost 190 times its record low of $2.57 and up from just $17, 20 days earlier. This caused massive losses for short-sellers, many of who were caught off guard by this unprecedented move in a stock that traded below $65 since 2008 and below $20 since 2018.

The short squeeze was initially and primarily triggered by investors on /r/wallstreetbets, an Internet forum on the social news website Reddit. Approximately 140 percent of GameStop shares had been sold short with the consensus among hedge funds that streaming or downloading games lead the brick and mortar retailer to see a decline in revenue. Many hedge funds had made a killing on shorting GameStop since 2015 as the stock declined from the mid $50 range to $3 or so early last year.

Recapping the price action in GME:

Let’s take a quick step back so to make certain we are all on the same page so far. Briefly, short selling is allowing an investor to make a bet that the price of a stock will go down by borrowing shares, immediately selling them, and hoping to buy them back later or “covering their short” at a lower price. The problem that one can face when short selling a stock is shorting carries an unlimited risk of losses because there is no limit to how high a stock’s price can rise. A long position or buying a stock hoping it will go up is limited to the cost of their initial investment.

Why Did GameStop’s Stock Price Increase Over 1000% in 7 Days?

We said that 140% of GameStop’s stock float had been shorted in the last section of the post. This is significant because not only were the vast majority of the company’s stock held short by investors and hedge funds, but many of them also lent their shares out again to be shorted by another investor.

A $10,000 investment in GameStop at the beginning of one Thursday would have been worth over $100,000 the next Thursday!

In general, short-sellers are exposed to a risk of short squeezing, which occurs when the shorted stock jumps in value and the investors need to buy back the stock to limit additional losses. In effect, purchasing the stock to cover their short positions raises the price of the shorted stock, thus triggering more short sellers to cover their positions by buying their stock back.

In the case of GameStop last week, the combination of massive buying from the Reddit group started massive covering (buying) from hedge funds and investors trying to limit losses thus increasing the stock from $40 to nearly $500 in 5 trading days. If you are long the stock this is the stuff that dreams are made of. A $10,000 investment at the beginning on one Thursday would have been worth over $100,000 the next Thursday!

The price spike was exacerbating even more by a more recent phenomenon called a Gamma Squeeze. Fueled by the popularity of options, especially with the ease at which investors have access to them through brokers like Robinhood, options have the same effect as covering a short on the price of a stock. The mechanics are a bit different – let me explain.

When investors purchase call options looking for leveraged gains, there is obviously someone on the other side of the trade. In many cases, that person is long GME stock and is selling a covered call, which means they are typically looking for premium not growth in the share price. The difference between shorting a stock and buying options is that usually you are not trading with another individual investor and instead are trading with a market maker.

You can think of options market makers like bookies for simplicity; their goal is to be neutral on stock and just make money creating a market. They are not looking to speculate and will hedge away as much risk as possible. How they do this is complex, but the most basic tool to hedge exposure from an uncovered call option is to simply purchase the underlying shares. This will generate the same speculative behavior as a short squeeze, where the rising price creates a feedback loop that encourages more call buying as the stock rises.

How Did the GameStop Mania Get Started?

Reddit’s investor community /r/wallstreetbets is a subreddit or community on the popular news website. This particular subreddit or group is known for risky stock recommendations or discussions. One user Keith Gillhad purchased around $53,000 in call options on GME in 2019 and saw his position rise to a value of $48 million by January 27, 2021! Several news sources suggest “Gill is a 34-year-old marketing professional and Chartered Financial Analyst (CFA) from Massachusetts. He suggested that he began investing in GameStop during the summer of 2019, after believing the stock to be undervalued. Gill shared his investment on the /r/wallstreetbets group on Reddit and provided regular updates on its performance, including the times when the investment had plunged. Gill stated on January 29 that he “thought this trade would be successful” but “never expected what happened over the last week.”

Last week, Mashable reported that the subreddit group had broken pageview records due to the short squeeze, receiving 73 million pageviews in 24 hours. The Reddit group /r/wallstreetbets was by far the fastest-growing subreddit, as the community surged by more than 1.5 million users to 6 million members on January 29.

How Can Investors Protect Themselves from a Short or Gamma Squeeze?

Short squeezes are most commonly seen in stocks that have a lot of short-sellers making a bet that the stock will go down. You can find this by looking up a stock’s short interest, which is available through brokers or frankly most financial websites that provide an analysis of equity fundamentals.
Short interest is often updated at the end of each month and provides the number of shares sold short as a percentage of the stock’s float, or simply the number of shares that are actually available to trade. For example, if a company has a float of 10 million shares and 2 million shares are currently sold short, it will have a short interest of 20%. But generally, a short interest in the double digits indicates that there is quite a bit of pessimism about the stock.

For example, as you can see from the snapshot above, Apple’s short interest is only .59% of its total number of available shares of stock. Thus, the chance of a short squeeze is almost non-existent.

The key for investors is to consistently monitor changes in short interest, message boards like Reddit, and news about the company. This is not easy as the number of stocks on most investor radar screens are numerous.

A key component in Ryan Eyes software allows users to monitor, collect and ultimately analyze insights from any website and monitor whether that data has changed. Any user, with no technical expertise, can monitor data points on a website, schedule the automation and the collection of those data points and configure triggers for immediate notification.

As you might imagine, monitoring chatter and messages on Reddit, monitoring the change in the short interest of stock, or simply scraping news sites for information all could lead to uncovering the next GameStop. The reality is, without a feature like Ryan Eyes’ Web Watcher, scraping and analyzing data is far too time-consuming for fund managers and investors. However, leveraging the Web Watching technology by monitoring a handful of sites and setting automated alerts provides another critical source of information to generate alpha.

The benefits include the following:

The value to the data delivered by Ryan Eyes web watching technology is that the insights can be correlated to current holdings and equities that are being evaluated to manage risk and uncover new opportunities. Automating the collection and analysis provides instant analysis of key metrics for fund managers to explore in making decisions.